The Credible, Competent and Caring Voice for Kildare South 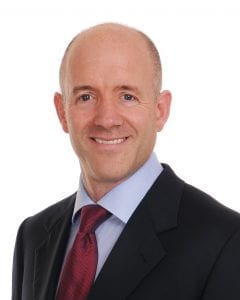 Dr Cathal Berry is an Independent TD for the constituency of Kildare South. Cathal is a
father, husband, doctor, veteran and is a resident of Portarlington, Co. Laois. He is married to
Orla and is the proud father of their young children Tom and Katie.

Prior to becoming a TD, Cathal spent 23 years in the Irish Defence Forces. During this time,
he spent six years in the Army Ranger Wing (ARW) and served overseas in the Balkans,
Africa and the Middle East. In 2008, Cathal led an ARW unit in Chad and he later took a
self-funded career break to qualify as a medical doctor in Royal College of Surgeons, Dublin.
He subsequently worked in HSE hospital emergency departments all over the country and
then returned to the Defence Forces where he was appointed head of the Military Medical
School in the Curragh, Co. Kildare.

Having worked in the voluntary, private and public sectors, both nationally and
internationally, Cathal has established a reputation for honesty and hard work. He has
pledged to work tirelessly on behalf of all his constituents in Kildare, Laois and Offaly.

This website uses cookies to improve your experience while you navigate through the website. Out of these cookies, the cookies that are categorized as necessary are stored on your browser as they are essential for the working of basic functionalities of the website. We also use third-party cookies that help us analyze and understand how you use this website. These cookies will be stored in your browser only with your consent. You also have the option to opt-out of these cookies. But opting out of some of these cookies may have an effect on your browsing experience.
Necessary Always Enabled
Necessary cookies are absolutely essential for the website to function properly. This category only includes cookies that ensures basic functionalities and security features of the website. These cookies do not store any personal information.
Non-necessary
Any cookies that may not be particularly necessary for the website to function and is used specifically to collect user personal data via analytics, ads, other embedded contents are termed as non-necessary cookies. It is mandatory to procure user consent prior to running these cookies on your website.
SAVE & ACCEPT