Canvassing in Portarlington – The Berry Way 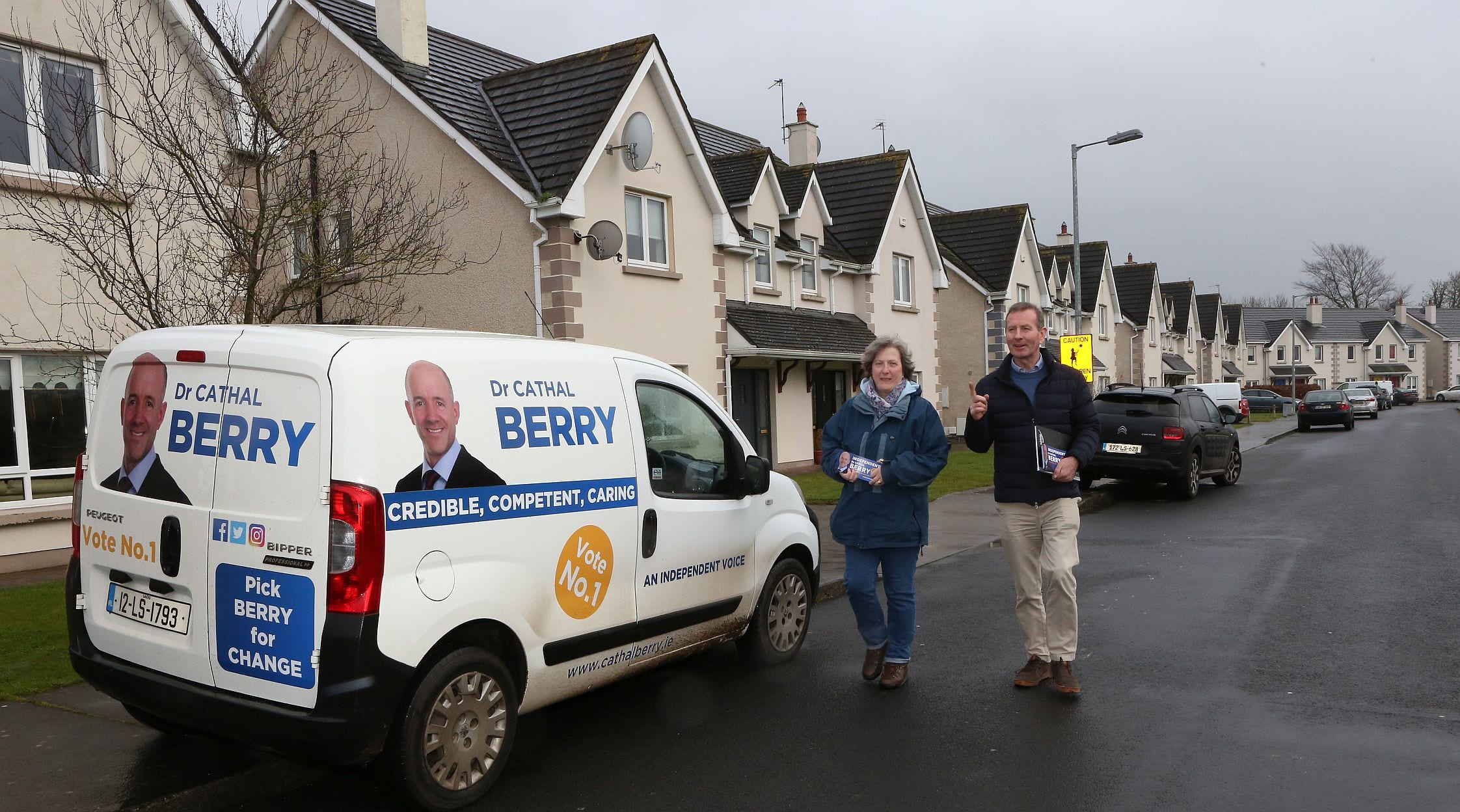 Paul Mitchell and Portarlington were out in force to back cathal Berry for Kildare South Seat.

The canvassers were out in force in Portarlington over the weekend supporting local independent candidate, Dr. Cathal Berry. The single focus for Cathal and his team;  securing every vote possible and highlighting Cathal’s unique skills and competence to represent the people of Kildare South. It is easy to distinguish Cathal in the eleven strong field who will contest the three available seats in the Kildare South Constituency. His background as a medical doctor, a veteran, farmer and resident of Prortarlington are all important differentiators for the discerning voters of Portarlington. The constituency now includes in excess of 12,000 inhabitants of the greater Portarlington area, stretching from Gracefield to Ballybrittas.

Among those on the campaign trail, supporting Cathal and canvassing on his behalf, was Former Independent Councillor from Portarlington and Chairperson of Laois County Council, Mr. Paul Mitchell.

Speaking today Paul Mitchell said: “I decided to support Cathal Berry as soon as he declared he was running because in addition to having an inspiring life story, he has been living in the town for the past sixteen years and people are still regretting not supporting Cathy Honan when she ran in the 1980’s. Several people have said to me over the past few days that if we had a TD based in Portarlington, we would never been moved to Kildare South”.

Cathal, speaking to Portarlington residents and business owners, stated that, if elected, he will establish his constituency office in the town. According to Paul Mitchell,

“this is hugely significant for the people of Portarlington so if people want a Portarlington-based T.D then they should support Cathal”. Continuing Paul said, “we are getting a very positive reaction to Cathal running as people cannot believe that there has been no TD in the town since the election of JP Gill in 1927, 93 years ago”.

The most pressing issue on everyone’s lips in the town is the need for a new school in Colaiste Iosagain. The school was built 30 years ago for 450 students and today there are almost 1100 students enrolled, many of whom are housed in prefabs. Other issues raised were the need for more Gardai in Portarlington, the need for the Garda Station to be opened for more than a few hours a day and the lack of employment in the town. Paul concluded by saying that he was confident Cathal Berry would be a new T.D. for Portarlington when the votes are counted on February 9th

This website uses cookies to improve your experience while you navigate through the website. Out of these cookies, the cookies that are categorized as necessary are stored on your browser as they are essential for the working of basic functionalities of the website. We also use third-party cookies that help us analyze and understand how you use this website. These cookies will be stored in your browser only with your consent. You also have the option to opt-out of these cookies. But opting out of some of these cookies may have an effect on your browsing experience.
Necessary Always Enabled
Necessary cookies are absolutely essential for the website to function properly. This category only includes cookies that ensures basic functionalities and security features of the website. These cookies do not store any personal information.
Non-necessary
Any cookies that may not be particularly necessary for the website to function and is used specifically to collect user personal data via analytics, ads, other embedded contents are termed as non-necessary cookies. It is mandatory to procure user consent prior to running these cookies on your website.
SAVE & ACCEPT